Unfortunately I have recently lost my 87 Callaway convertible number 105 to an oil fire after what appears to be the drivers side turbo oil feed line fractured, oiled the engine bay down and subsequently caught fire. I was just getting around to renewing all the oil lines but hadn't started. As such I would highly recommend anyone who has original oil lines to do so as soon as possible. Carrying a fire extinguisher would also be a fine idea. We may have put it out with little damage if we had had one.

If anyone on the forum is interested in the car as a project or parts car we have it currently advertised on the Minnesota Craig's list. The car has 55,000 miles on it and was in great condition before the fire. 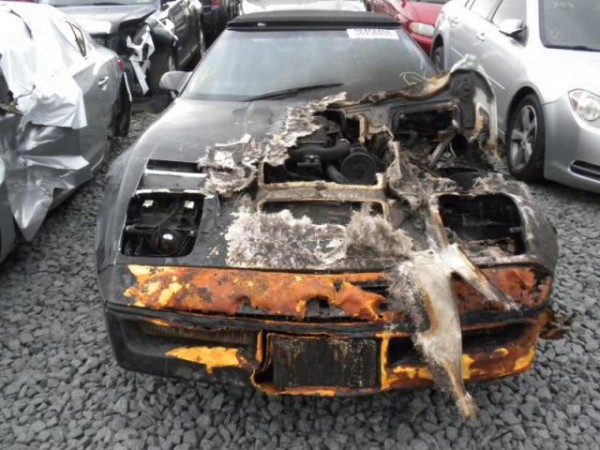 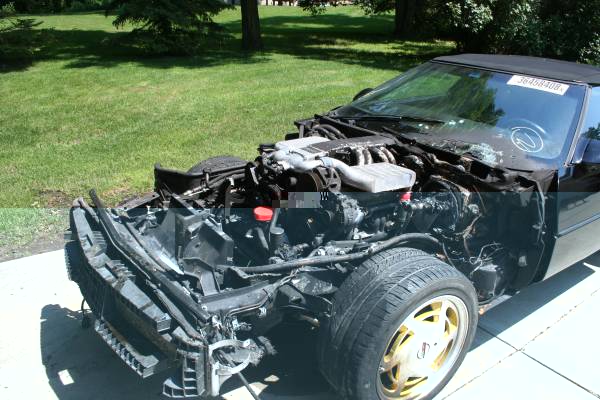 I have looked and cannot find the listing!?

Sorry to hear about this. I remember seeing that car for sale a while back.
Top

Sorry this happened. Glad you were not hurt! The pictures tell more of the story. Wow! DA
Top

Very sorry to SEE that. I had the oil line to the passenger side turbo collapse internally. HEAT SATURATION OVER THE YEARS DESTROYS THE OIL/COOLANT LINES. Lack of oil flow-through forced oil past the the bearings and out the muffler, DRAINING the oil from the engine. VERY BAD..Spun 3 rod bearings in less than 2 minutes. It turned out to be a blessing. Doug Rippie rebuilt the engine from the ground up and WorksTurboCharging redid the turbos (passenger side was destroyed by oil loss, driver side was destroyed by metal in the oil from the rod bearings.). Now it is bulletproof and faster than before!

I was looking at it on ebay,
Could be interesting to fix and get me a Corvette.

Just an update after I finally have had time to check the car out. It was not a failed oil line that caused the fire. All the oil lines were still complete. what appears to have happened is the drive belt failed even though it was a new one less then four months old therefore the evacuation pump failed. The turbo sumps filled up and oil was forced out the breather line on the drivers side turbo sump. I cannot find this vent line on the car so I am presuming it burst under the oil pressure, oiled down the engine bay and the car then burned. I was not in the car when it burned but the driver did report a lot of smoke which would tie in with no evacuation pump and the large amount of oil I found in the turbos. The car will be scrapped for parts as it is not a viable repair.
Top

Interesting! The driver would have noticed a HUGE cloud of smoke behind the car before the engine compartment got saturated with oil. Are you talking about the oil line from the driver side turbo oil collection can(attached to the underside of the turbo (1987 CTTC’s are the only one with this configuration. 1988 and above have a singular triangle shaped collector can) that is missing as the one that goes to the oil catch can on the front frame cross member behind the radiator?
AVCWO
1987 CTTC #9 of 184
1988 CTTC #11 of 400
GEAUX NAVY!!
GEAUX LSU TIGERS!!
Top
Post Reply
11 posts

Return to “The Callaway Corvettes”